4 Keep in mind the pronouns!
yo Nosotros Tú Vosotros Usted Él Ella Ustedes Ellos Ellas We will refer to these pronouns a lot as we learn to conjugate the verb ser in Spanish.  When you conjugate a verb, you are simply the correct form of the verb to the different pronouns. matching

5 Conjugating! Conjugating: Changing a verb form so that it matches the subject. Anytime you conjugate any verb in Spanish you have to remember that every verb  will always have 6 different forms, a separate from for each box of the chart: yo Nosotros Tú Vosotros Usted Él Ella Ustedes Ellos Ellas

10 Nosotros/Nosotras somos= We are
To say we are, you have to remember that there is a different are that goes with you, we, y'all, and they  in Spanish.  You already learned that (tú) eres is you are (when addressing your peer) and that (Ud.) es is you are when you are addressing an adult. The are that goes with we (nosotros & nosotras) is completely different.  To say we are, you use somos: Nosotros/Nosotras somos= We are OR Somos= We are

19 Questions ¿Es Juan de Cuba?
To ask a yes/no question, the verb comes before the subject and an ¿ is placed in front of the question. ¿Es Juan de Cuba? Turn the following statements into questions: El profesor es de Chile. Marta y Andrés son de Paraguay. Tú eres de Costa Rica. The question word “do” does not exist in Spanish! You need to use a question voice to indicate that you are asking a question.

Descargar ppt "The verb “ser” To be." 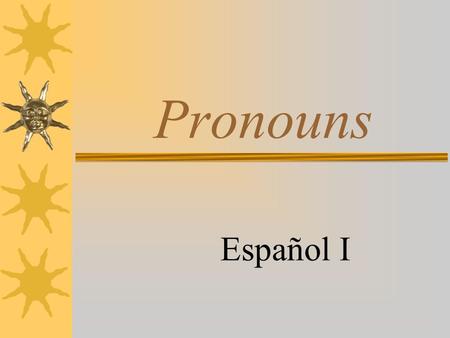 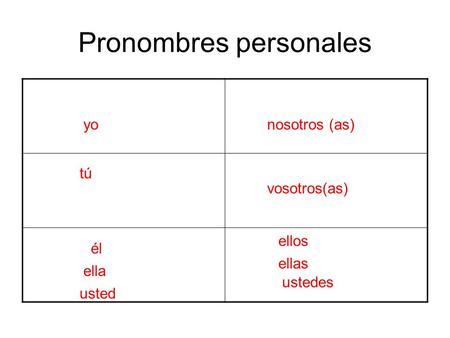 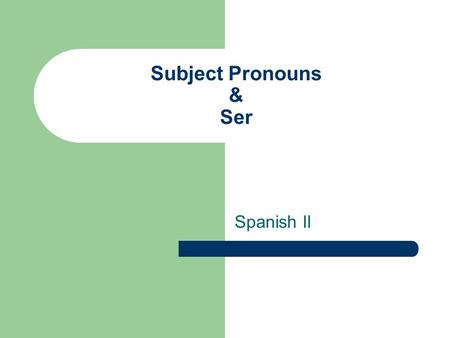 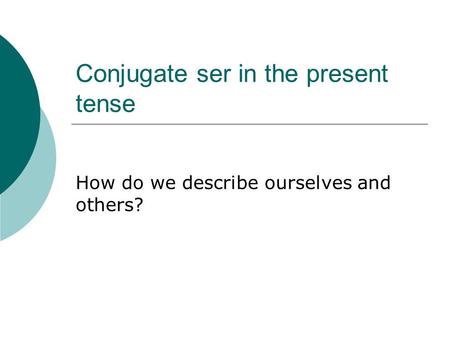 Conjugate ser in the present tense 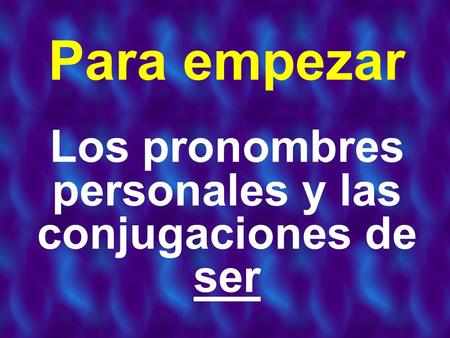 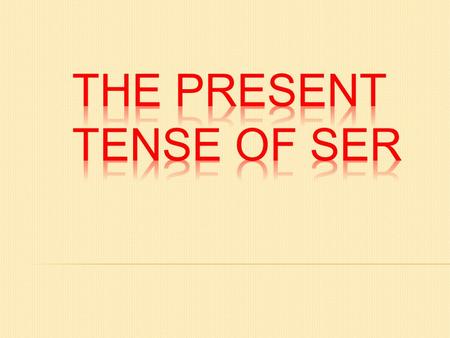 Ser means to be It can be used to: Identify yourself and others Date Origin (where something comes from) Nationality Time Personal description/profession. 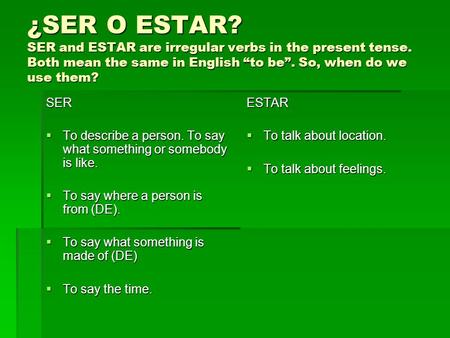 ¿SER O ESTAR? SER and ESTAR are irregular verbs in the present tense. Both mean the same in English to be. So, when do we use them? SER To describe a person. 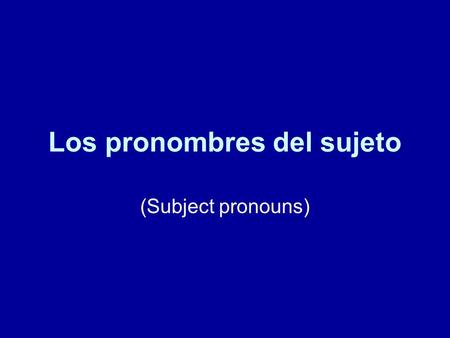 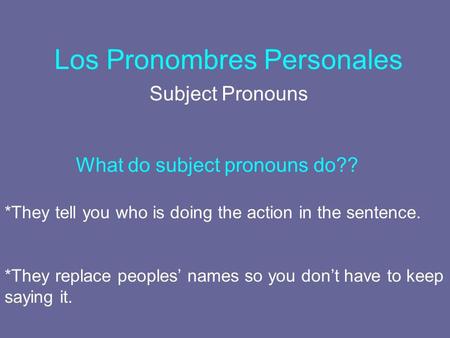 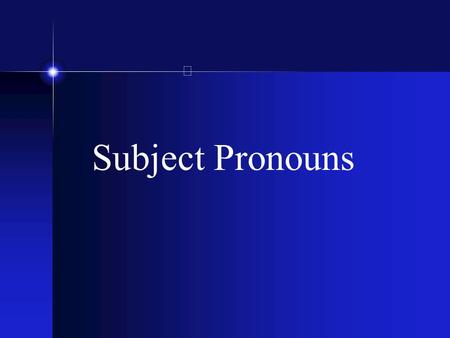 Subject Pronouns Yo = I Tú - you (familiar) Usted - you (formal) 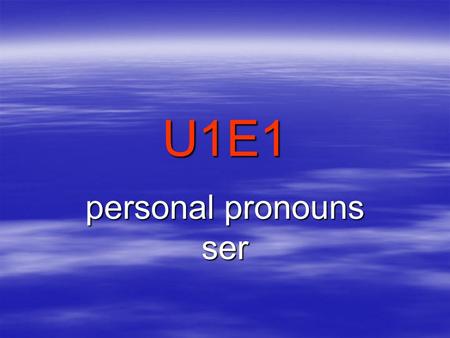 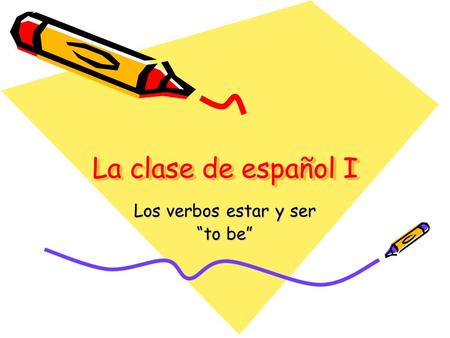 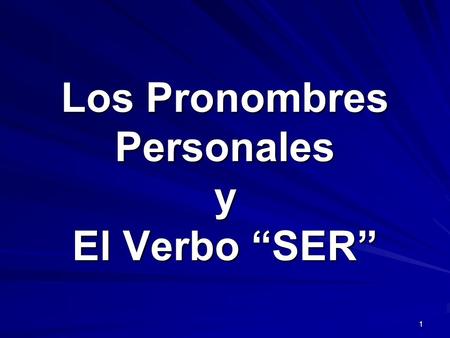 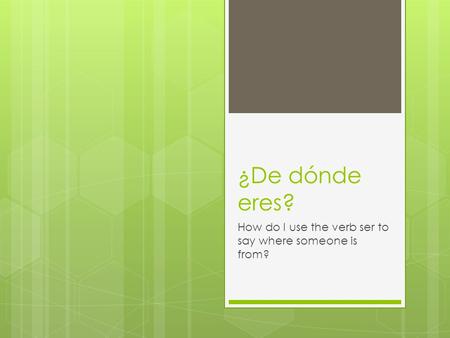 How do I use the verb ser to say where someone is from? 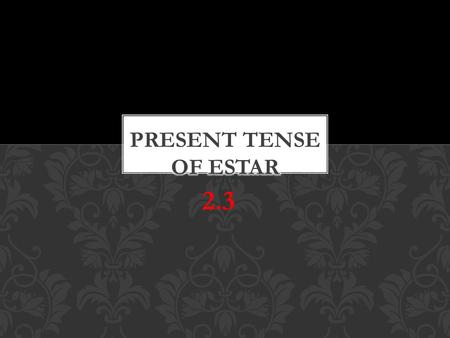 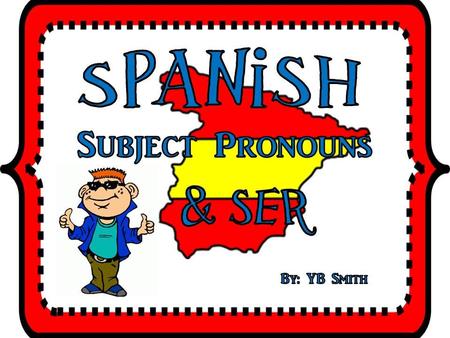 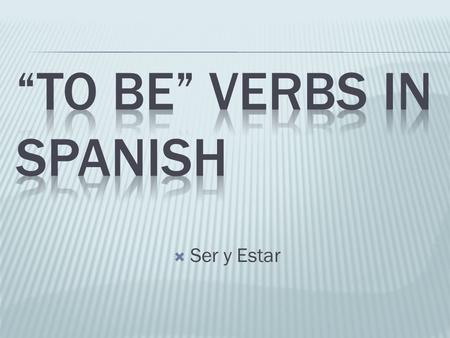 “To Be” verbs in Spanish 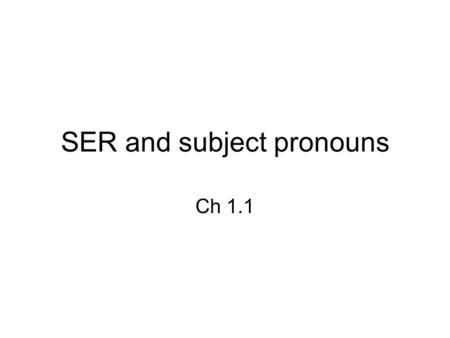 SER and subject pronouns Ch 1.1. Subject pronouns Subjects – do the action of the verb –Located in the subject of the sentence Pronouns – take the place. 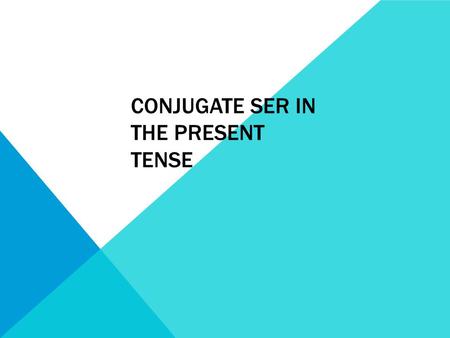 CONJUGATE SER IN THE PRESENT TENSE. SER = TO BE It can be used for showing~ Date Occupation Time Characteristics (physical/personality/nationality) Origin. 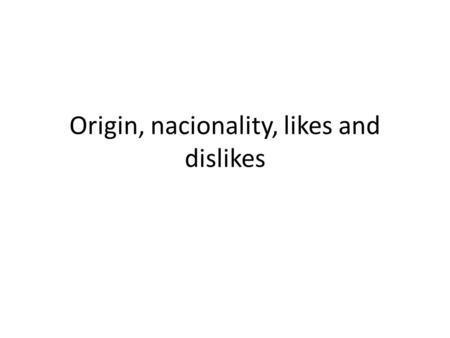