DIRECT OBJECT PRONOUNS. DIRECT OBJECTS The object that directly receives the action of the verb is called the direct object. Mary kicked the ball. "Ball"

5 When the pronoun replaces the name of the direct object, use the following pronouns:

8 In an affirmative statement with one verb, the direct object pronoun comes immediately before the conjugated verb. Tengo = I have Tengo la pluma. = I have the pen. La tengo. = I have it.

9 The pronoun (la) comes immediately before the verb (tengo).

11 However, if the direct object of the sentence changes to a masculine noun, the masculine pronoun must be used. Tengo = I have Tengo el libro. = I have the book. Lo tengo. = I have it.

12 Likewise, if the direct object of the sentence changes from singular to plural, the plural pronoun must be used. Tengo = I have Tengo los libros. = I have the books. Los tengo. = I have them.

14 Look at how Spanish and English are different. "Lo tengo" and "La tengo" BOTH mean "I have it." Differences: "It" has two forms in Spanish: lo, la "Tengo" one word in Spanish = two words in English (I have) The word order is different. In Spanish, the pronoun (lo, la) comes before the verb; in English, the pronoun (it) comes after the verb.

16 Sometimes, when you try to translate literally, you run into much bigger problems: I eat it. (the soup - la sopa) I = Yo I eat = Yo como I eat it. = Yo como la. This is completely incorrect!

17 The correct translation would be: I eat it. (the soup) La como.

18 As you can see, directly translating sentences with direct object pronouns doesn't work, so... don't do it!

19 There is a better, easier way. Learn to translate groups of words, rather than individual words. The first step is to learn to view two Spanish words as a single phrase.

21 Read each line again. Before you do, glance at the translation beneath it. Then, read each line thinking of it as a phrase that has the same meaning as the English phrase below it. la como I eat it (feminine DO - la sopa, la comida, etc.) lo como I eat it (masculine DO - el pollo, el arroz, etc.) 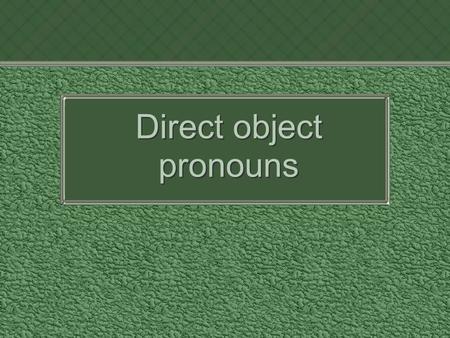 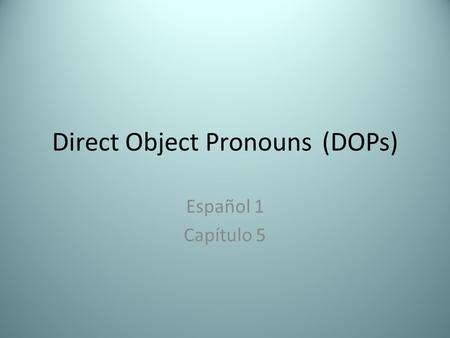 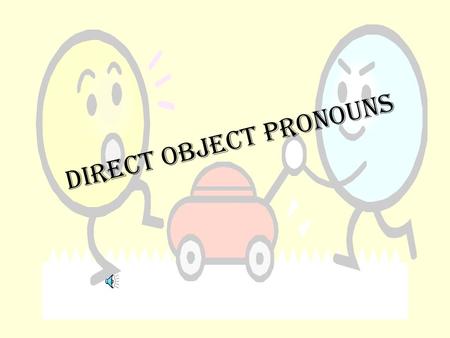 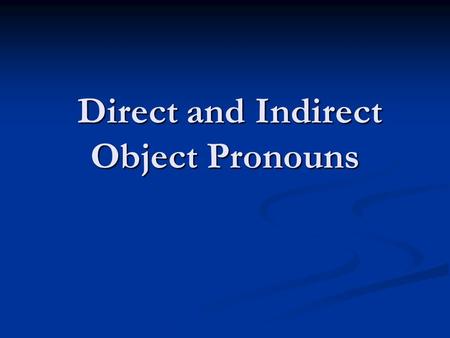 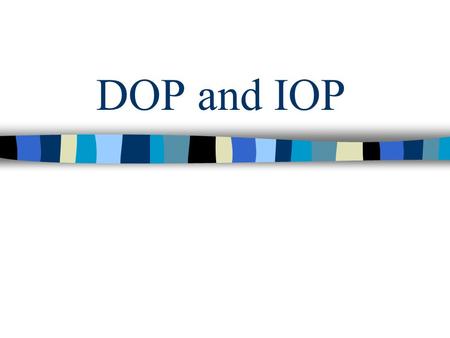 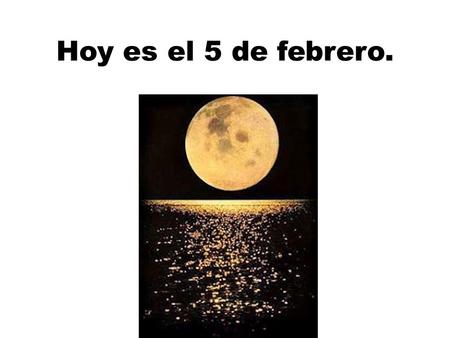 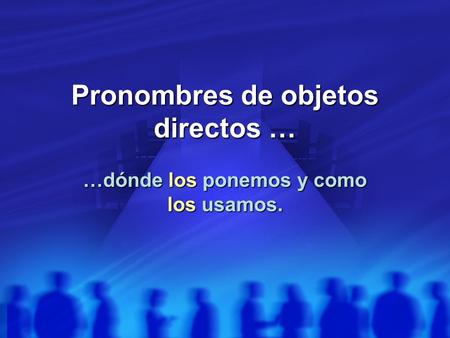 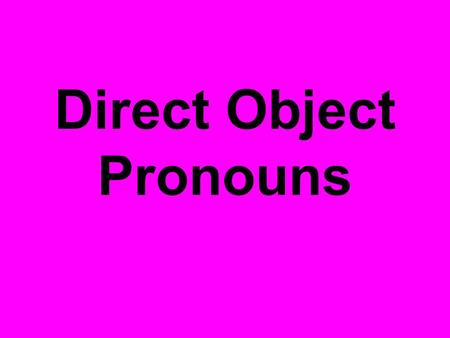 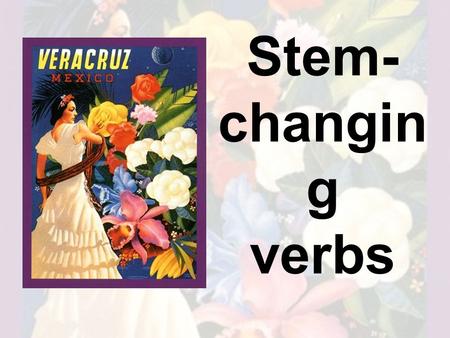 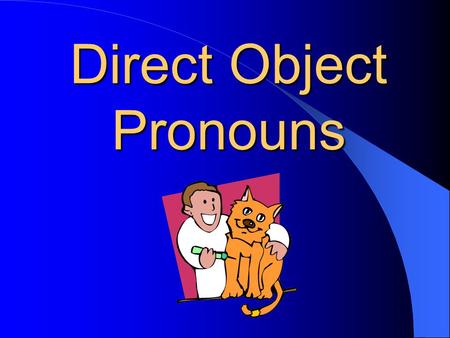 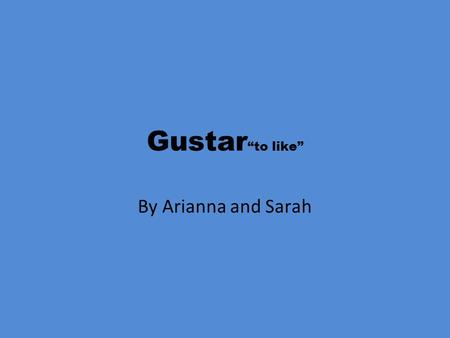 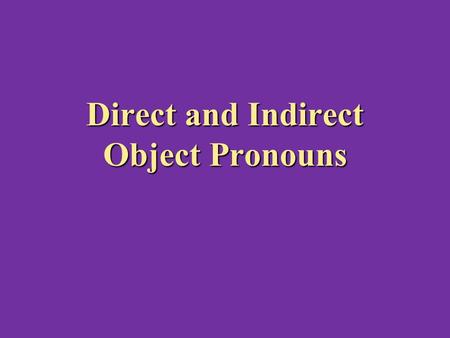 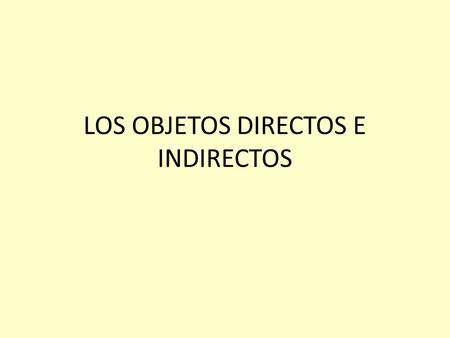 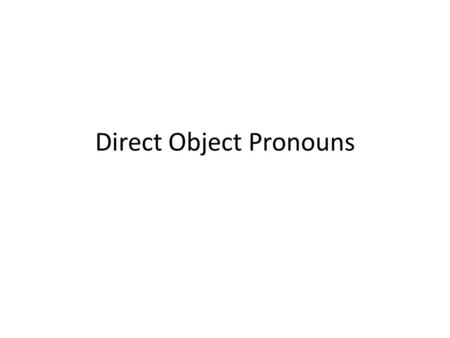 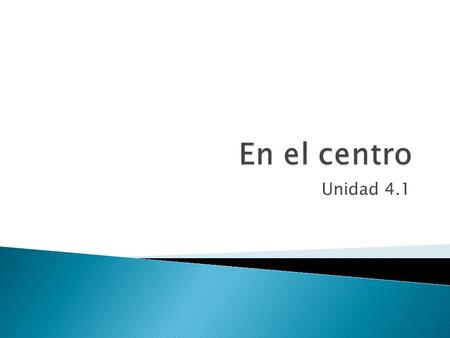 Unidad 4.1.  In this lesson you will learn to: talk about what clothes you want to buy say what you wear in different season use tener expressions learn. 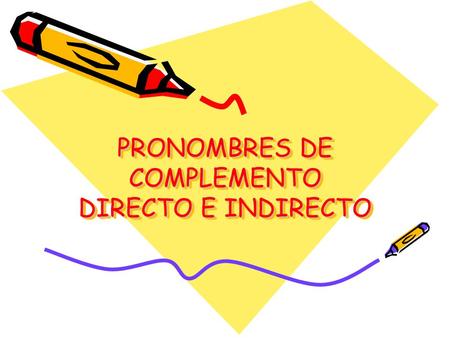 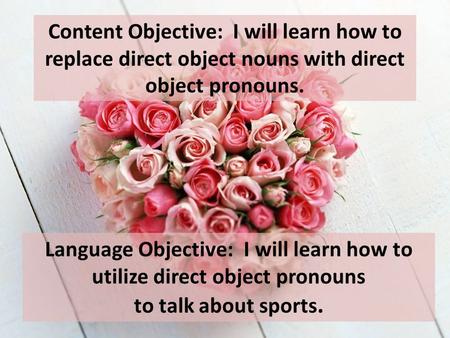 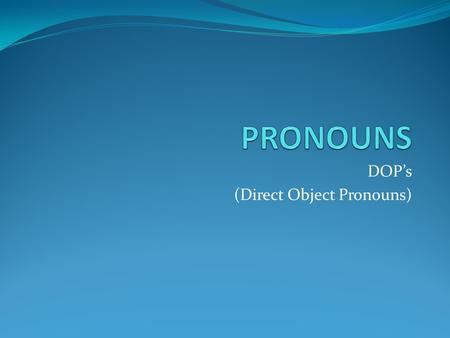 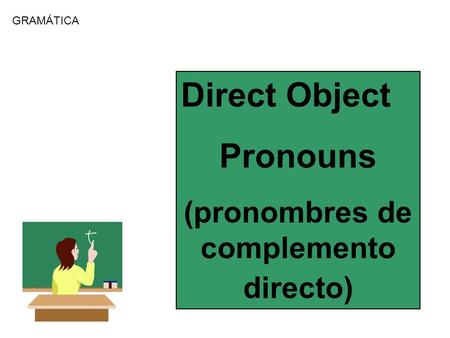 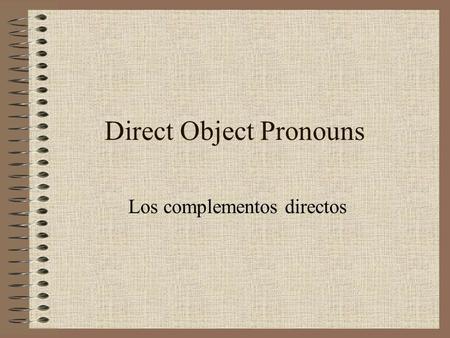